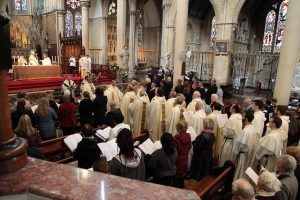 On Saturday 7th October 2017, St Dominic’s celebrated the 150th anniversary of the parish community; on that day in 1867, the Dominican friars opened up their chapel and Mass was celebrated in this area for the Catholic community. Archbishop Malcolm McMahon OP, Archbishop of Liverpool, moved into this area with his family over fifty years ago, and he recalled the sacrifices made by Dominican friars and sisters, and by countless lay faithful, to build St Dominic’s and to make it a vibrant parish.

Many parishioners were at this Mass, along with all the Dominican students from Oxford, the novices from Cambridge, and previous Provincials and parish priests of St Dominic’s. Children from St Dominic’s Catholic Primary School, and from The Rosary Catholic Primary School brought up the Gifts at the Offertory, and both Dominican sisters and the Sisters of Providence were represented at the Mass. At the end of the Mass, a ‘bene merenti’ medal for service to the Church and parish was awarded by Master of the Order of Preachers to parishioner, Nuala Barrow, and to Miss Brass, former Head of St Dominic’s School.

More photos of this wonderful celebration can be seen here.

In his Homily, Archbishop Malcolm noted that St Dominic’s church has very wide aisles because Marian Processions were frequently held in the church. This is not just a historical fact because throughout the month of October, every Saturday at 7pm, there will be torchlit Rosary Processions in honour of Our Lady of the Rosary. We hope to welcome many pilgrims to these processions in Our Lady’s Rosary Shrine. 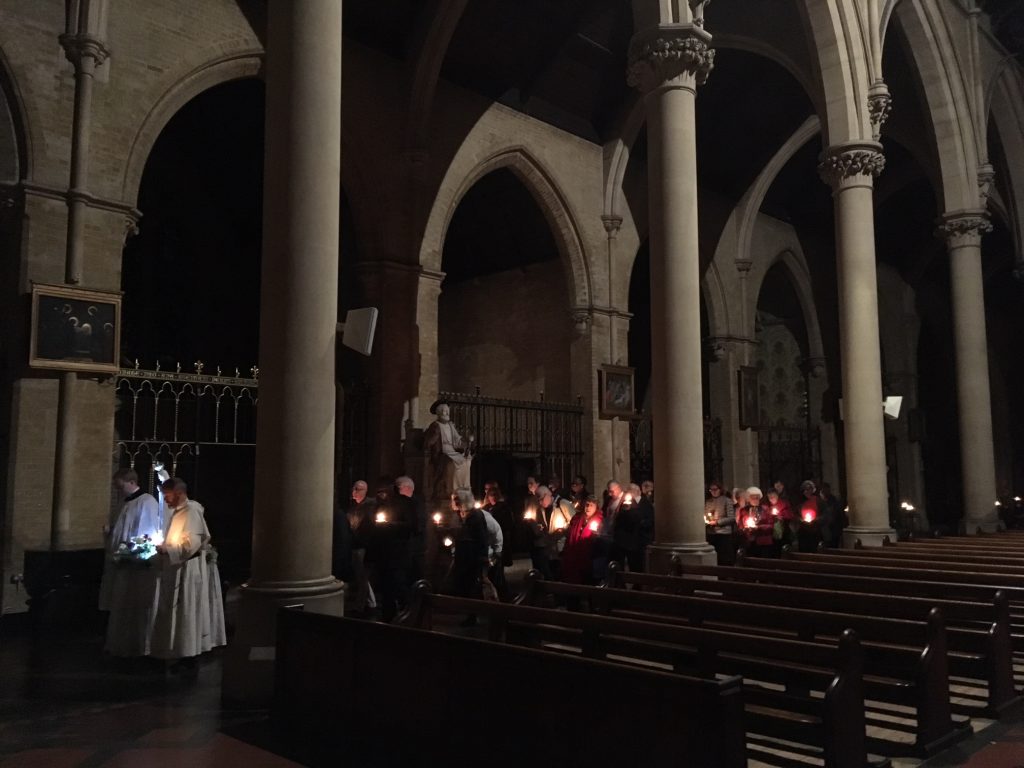