Violin Sonatas meditating on the Sorrowful Mysteries of the Rosary 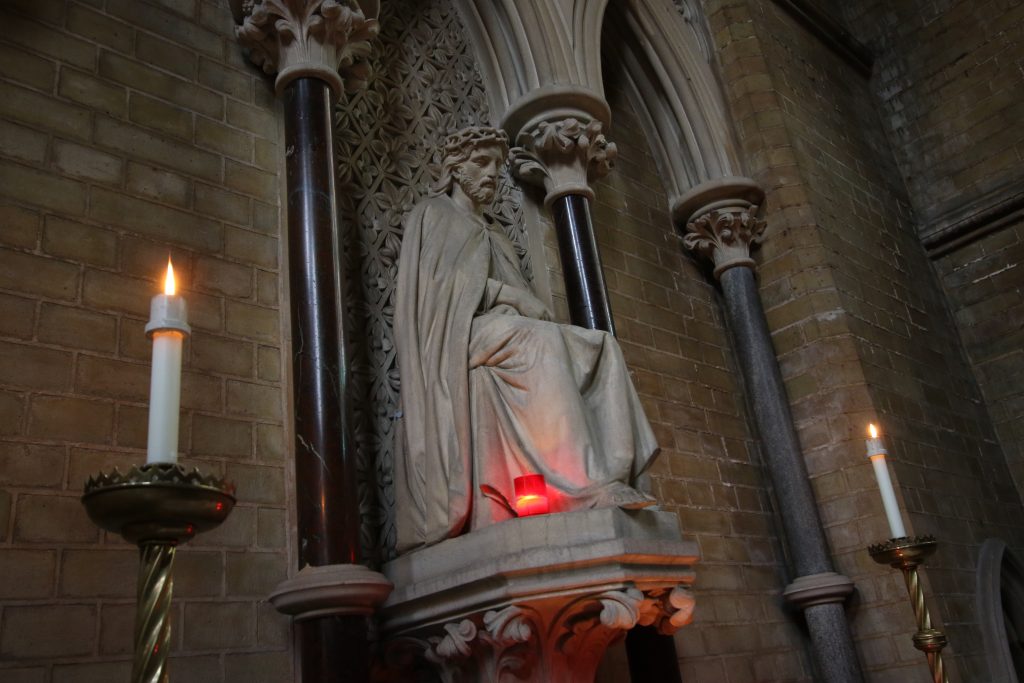 On Saturday 24th February at 7:30pm, the second of the three concerts that make up the complete ‘Rosary Sonatas‘ by Heinrich Ignaz Franz Biber (1644-1704) will be performed in our church which is the Rosary Shrine of the Archdiocese of Westminster. The first concert was performed in December 2017: five sonatas meditating on the Joyful Mysteries of the Rosary with Nicolette Moonen of ‘The Bach Players’ on violin and Pawel Siwczak on organ.

Reviews for that candlelit concert were extremely positive. Rick Jones, writing for ‘The Tablet’, observed that “St Dominic’s was in effect built for such a performance and it seemed surprising that Biber’s Rosary Sonatas had never been performed there before. Architecturally, the building is one of the marvels of the Gothic Revival, constructed to designs by Charles Alban Buckler.” He noted that the music was “performed with the beauty of poetic prayers  in a sacred and much loved space” and he declared these concerts to be “well worth making space for in your new diary.”

The Sorrowful Mysteries will be the focus of the upcoming concert which will take place during Lent. The concert will be framed by Lenten Dominican chant led by the Dominican friars. Tickets cost £12.50 each, or £5 for students. Under-18s have free entry. Tickets are available online from TicketSource, or from the church Repository after Sunday Masses, or on the door on 24 February.

Violin Sonatas meditating on the Sorrowful Mysteries of the Rosary

The ‘Future Decades’ Fundraising Campaign Fundraising to Secure the Future of Our Church and the Rosary Shrine Since 2019, the Future Decades campaign has been raising money to respond to our most urgent priorities: Restoring the Apse: Essential stonework repairs